Earth Ways is a Regenerative Culture Enterprise, started by Ludwig in 2007. 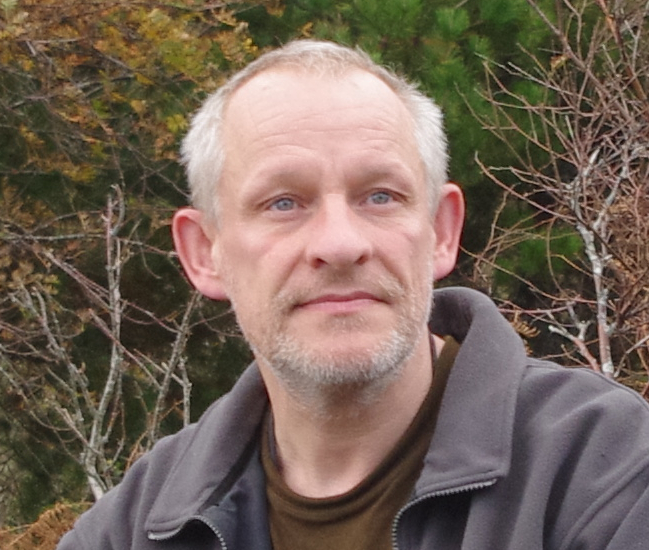 I have been passionate about protecting and caring for the environment since I was a child. When I was 8, I started thinking the permanent culture way when I learned that trees produce the oxygen that we breathe and I persuaded my parents to plant an oak tree in the garden. My passion for a regenerative culture was born, even though I didn’t know the word! 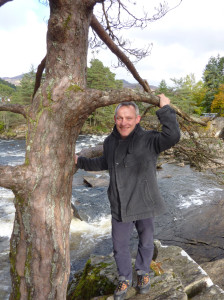 Even as a child, once I learned of the challenges we would face for the survival of our species, I never was able to carry with life as ‘normal’. I was obsessively looking out for solutions and learning new things that would be useful in a challenged future.

From as far back as I can remember, I have felt a desire to be deeply connected with nature. Over the years my connection with nature has included playing in the rain as a child, being a scout master in my late teens, organizing survival expeditions for kids in care in my early twenties and living entirely off grid in a Scottish woodland on the West Coast for 4 years in a self-made shelter with a wood burning stove. This 4 year long hermit phase, living on my own in the woods, gave me a unique experience. I learned to read my ecosystem to be able to live in harmony with it. I managed to unlearn the conditioning from Colonial Culture that prevents our human development. The forest made me into the man I was born to be: A village builder, a mentor, a teacher, a designer for a resilient future. A warrior for peace, justice and the planet.

About 35 years ago, the kind of challenges we as a species would face, became obvious to me. I changed the direction of my life to train myself to be ready to be part of the solution. I have always known that the solution would need to be grassroots level. I have trained -and am still on a intense learning journey- in all aspects of a regenerative culture I can imagine: Peace making, permaculture growing and forest gardening, permaculture design, aquaponics, simple technology life hacks, culture and community, land management, survival skills, nature connection, peace making, mental and physical health and well-being, good food, … My on-going exploration of sustainable food production systems and ways of reconnecting people to their natural environment has led me to create Earth Ways in 2007 and I established myself as a forest garden/permanent culture designer and teacher, and as a nature connection mentor.

In 2016, I pioneered the nature-based permaculture community at Rubha Phoil on the Isle of Skye.

I can help provide solutions to the rapidly increasing demand for sustainable ways of living that work in collaboration with nature rather than continually fighting against it. I have many years experience of restoring natural habitats, re-introducing biodiversity, pioneering sustainable ways of growing food and harvesting bio fuels, designing permanent culture projects of various sizes as well as mentoring in regenerative design, bushcraft and survival skills.

My discovery journey towards a regenerative culture has led me to dream of living in a sustainable community. I tried to find one that was what I was looking for so but failed, so I set of to create one myself. And here we are, Rubha Phoil, nature-based Permanent Culture Community is born.

Treelines from Katie Revell on Vimeo.

I’m excited to announce that the creator of this gem has entered her video in a competition. Which is why it is not viewable at the moment.

I went to school in a Roman inspired classical setting. I studied Latin, mathematics, languages, sciences….
I have studied as a graduate in Ortho-pedagogy (pedagogy is the science of teaching and Ortho indicated a specialisation in special needs) and worked professionally in that field with people of all ages for 10+ years.

I obtained my Permaculture Designer Certificate in 2009 from Patrick Whitefield, the famous author of many permaculture books and foremost permaculture expert in Britain.

In 2010 I successfully completed a course in Permaculture Training of Teachers organized by ‘Designed Visions‘.

I also had my first encounter with the Art of Mentoring and the 8-shields institute, where I learn ingenious indigenous ways of passing on knowledge and assisting nature connection. I have since taken part in 4 of these as participant and staff member and have organised and taken part in many smaller events.

Since 2011 I organized Permaculture Design and Nature Awareness Courses that reflects my own permaculture learning curve. If I may say so myself, they are a great success! I have taught more than 12 such courses and have written more than 100 certificates. Many former students are now teaching onwards. 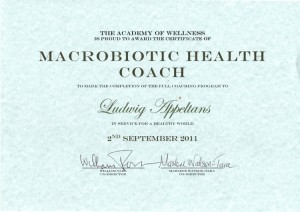 In September 2011, I completed a Natural Health Coach training with the fantastic teachers Bill Tara and Marlene Watson-Tara.

In 2012 have set up a permaculture farm near Forres, with pigs, sheep, ducks, chickens, bees and lots of delicious vegetables. After 5 years this project moved to Rubha Phoil on the Isle of Skye.

In 2013 I started a Community Interest Company to help people crowdfund the funds they need for their ethically sound projects: www.earth-ways.com

I’m teaching courses, and am taking clients for permaculture design and consultation.

I purchased and took over custodianship of the paradise of Rubha Phoil. A 15 acre peninsula on the Isle of Skye. In October 2020, it finally was recognized as a Permaculture ScotLAND Centre. 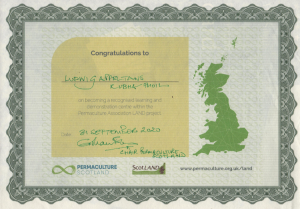 This project is slowly progressing into a nature-based permaculture community.

I have created a Virtual Village to bring all people together that want to work towards a better world.

Earth Ways or Ludwig in the media:

One of many arrests. This one was for entering Prestwick Airport and entering a plane of the US air-force, looking for evidence of war crimes being committed in the attack by Israel against The Lebanon in 2006. Bunker Buster bombs were killing scores of women and children hiding from the violence in places they thought they were safe. I was acquitted.

Drawing attention to the stupidity of the invasion of Afghanistan. This is a banner drop on the Belfort in Gent, Belgium.

As a member of Trident Ploughshares, Ludwig went to jail twice for non violent peace activism. Both sentences were for convictions for actions against the Trident Nuclear war system. I refused to pay the fines and went to prison instead.

Maybe my best accolade: Ludwig is called a parasite by the Sheriff:  ‘Sheriff Smith said: ”I look upon you so-called peace protesters as parasites, causing untold damage to fences, disrupting the base and wasting this country’s money which could be spent elsewhere.’

A short movie made by Schnews about the occupation of a mast in Berkshire, to highlight the collaboration of the UK with the US military in the illegal invasion of Iraq. 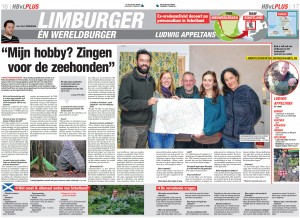 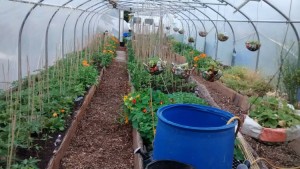 Ludwig and Suzanne de Waard wrote an article on how to make your own permaculture polytunnel. It is published here”

This article on how to live with slugs in your permaculture garden shows nicely how Earth Ways puts nature connection and ecosystem management central in the courses and workshops.

This article is also reproduced In Permaculture magazine  and in The Guardian  and on the Lowimpact.org website.